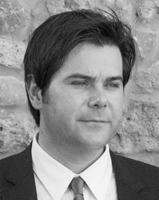 Arcos is Deputy Editor (managing editor) of The International Journal of Intelligence, Security, and Public Affairs  and Co-director of the Intelligence Studies series at Plaza y Valdés Publishers.
His research interests include strategic communications, intelligence analysis, competitive intelligence, and experiential learning through simulations and games.

He holds a Ph.D. from Rey Juan Carlos University where he received, in 2014, the extraordinary Ph.D. award for his thesis La lógica de la excepción cultural (The Logic of the Cultural Exception), a MBA in Cultural Companies and Institutions from University of Salamanca, a Bachelor’s degree in Audiovisual Communication from the European University of Madrid, and a Bachelors’ degree in Humanities (philosophy track) from that same university.

He has served as co-director of the International Conference on Exercises, Gaming, and Simulations for Intelligence and National Security organized by the Centre for Intelligence Services and Democratic Systems and the School of Continuing Studies at Georgetown University in 2015.
Arcos is a frequent speaker at international conferences and professional events around the world, and has delivered presentations in America, Europe, and Asia.

He has participated as consultant in projects for companies and delivered in-house training.
Rubén Arcos is a member of different association, including ISA (International Studies Association), SCIP, PRSA (Public Relations Society of America), and AECPA (Spanish Association of Political Science) among others.